Interview with Erick Sanchez: From Retail To Six Figures at Google (Part 1)

Imagine this... one day you're working as a cashier and manager at a local retail store and the next thing you know, you've landed your very first programming job with none other than tech-giant Google. Seems too good to be true, right? Well, for Erick Sanchez, this dream quickly became reality when he went from working in retail, to making six figures as part of the Google Voice team.  Read on to learn more about Eric's story.

Early on, Erick Sanchez discovered that he loved video games and was fascinated with how they were made. In the 7th grade, he decided to begin making video games on the computer on a popular program called Game Maker, and impressed his friends by being able to code many of the unique features that they would request. Sanchez quickly realized that not only was making video games fun, but he loved the fact that you could use coding to make programs on the computer.

As his coding skills evolved, Sanchez decided to try out different programming tools and platforms, setting his sights on creating apps for the iPod Touch using iOS development. App development was very new at this point, and Sanchez was determined to get his peers at school interested in coding - and that's exactly what he did. He contacted the head of tech at his high school, and convinced him to get the app development tool, Xcode, downloaded on all of the school's Mac computers. This eventually led to the school introducing a new programming class that students could attend. 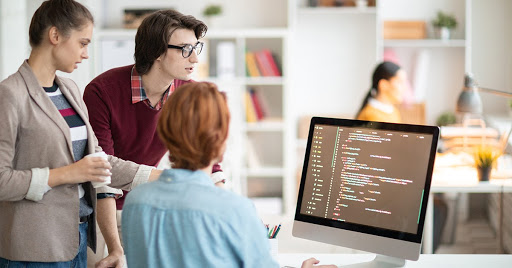 Wait, You Can Make Money Coding?

Soon after, Sanchez realized that not only was coding a passion for him, but he could take that passion and turn it into a business. During his senior year of high school, Sanchez found his first paying client on Craigslist, who wanted him to develop a product from the ground up.

"It was very scary because, one, it was someone else's money, and two, this was going to go to some other users. But I demonstrated I was just determined in this platform, I really wanted to just keep learning."

After the app was released to the public, Sanchez knew one thing for sure - coding was his passion, and something he wanted to do for the rest of his life.

...And Then I Found Make School

After high school, Sanchez began working towards getting a computer science degree at a local community college. He continued working on developing his own apps while attending classes in the process.

A few weeks in, Sanchez felt as if he wasn't making enough progress towards his career goals. The junior college that he was attending didn't teach iOS development, and even more disheartening, they barely even taught classes in computer science. Sanchez knew it was time for a change, and began to search for a solution that could put him on the fast track to becoming an iOS engineer.

After doing some research, Sanchez decided that Make School was the best education option for him. He loved that Make School taught iOS classes and that he didn't have to go to a school like Stanford, to get a quality education. Furthermore, Make School helped him learn more about working with clients and what it takes to get a job in the computer science field. As soon as Sanchez started taking classes at Make School, he immediately knew that this was a positive step towards obtaining his computer science degree. 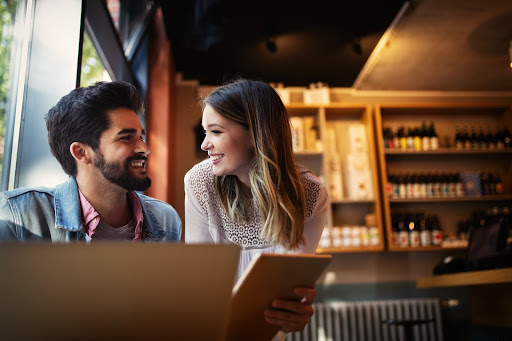 Getting a Computer Science Degree With Make School

Make School is a two-year computer science college based in San Francisco that offers a Bachelor's degree in Applied Computer Science. The focus of Make School is providing product-based learning that prepares students for real-world careers in software engineering and development. Students graduate with an average salary of $95k.

Are you intrigued? Learn more about obtaining a computer science degree with Make School. Like Eric Sanchez, you never know where your new degree will take you!

If you enjoyed this blog, stay tuned for Part Two of Eric Sanchez's interview.